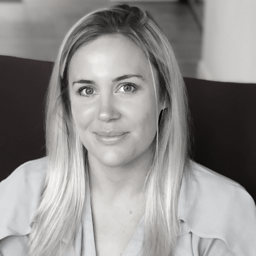 On the 17TH September the MK Dons stadium saw conveyancers come together from all parts of the country to attend the 2015 Conveyancing Awards. The day event consisted of different sponsors who had their own stands and were offer advice on how they could help them. Some of the sponsors included BCL Legal and other recruiters such as Douglas Scott who gave their views on the conveyancing market. The guests were even offered a chance to win prizes including entering into a prize draw to win a bottle of champagne.

The celebration continued into the evening where more crowds descended into the stadium and were greeted with a champagne reception and an orchestra. Guests were entertained with a number of acts including magic card tricks which dazzled the guests from unlocking phones to drawing on the palms of hands without them even knowing. There was even a silhouette artist who in one minute created a profile of the attendees so they could have a keep sake from the event. The dress code was strictly black tie and after dinner all of the winners and highly commended in each category were announced. Many of the firms that won prestigious awards were in attendance to receive their prize and enjoy the satisfaction of having their new commended status. The awards ranged from Overall Conveyancer of the Year to Website, Marketing and Social Media Conveyancing Firm of the Year 2015. Many of the winning firms were from Yorkshire including: Advantage Property Lawyers who were named the Yorkshire & North East Conveyancing Firm of the Year 2015 and were awarded the Silver award for Overall Conveyancer of the Year 2015.

The event was a night that I certainly won’t forget and I’m sure for many others felt the same as they really could celebrate their achievements so far. It certainly is an exciting time for conveyancers and all of the firms who are involved in this buoyant market. Ultimately, this means lots of exciting opportunities for those wishing to progress within conveyancing. I am sure the night will be even bigger next year with more and more firms now specialising in this growing market. For more information regarding our current requirements with conveyancing contact Katherine Scarff on 0113 3234904.