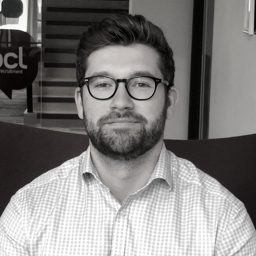 Trust your instincts and question ulterior motives: thoughts on the ‘buyback’

A short while ago I assisted a global business seeking a junior lawyer to develop. The business is impressive, the legal team even more so; with a recruiting Head of Legal who has a genuine passion for facilitating employee development. The package on offer was robust and fair, the location was handy for commuting and there was a real opportunity to get involved in complex and exciting work from the outset.

Despite all of this, the Head of Legal had struggled to recruit because for her, quite rightly, personality and maintaining that balance within her team is key. She struggled until we found the right lawyer for her, and at least for a short while, it seemed the right business and career move for the candidate lawyer.

The lawyer in question was unhappy in their current position as he’d been undertaking the same work for a while and it had started to feel stagnant. They were also underpaid and there was no room for growth. They felt undervalued in all aspects. We discussed the current position and it was clear this was the right time to move.

After two stages of interviews, he wowed the business, outdid the competition and secured a job offer (just shy of a 20% increase on his existing package). Most importantly, they instantly clicked with the Head of Legal and they couldn’t wait to bring them on board.


They turned it down and stayed put: the decision

Their existing employer, with all its faults, offered to match the salary and chucked in a direct report. That was that: that was all it took to keep them. Suddenly, they’d forgotten about the lack of progression, stagnant work and amazing opportunity elsewhere.

“It just didn’t feel the right time”, “things have changed in the business”, “and they told me there are now promotion opportunities”: the reasons came thick and fast.


Beware of the 'buyback'

Within two months, the lawyer was applying to two other roles with us, unhappy in his current position.

The buyback is prevalent in the recruitment process, and for some lawyers holding offers, it’s enticing to stick to what you know and believe the promise of bigger and better things. Sometimes it’s the right decision, but in a majority of cases, it isn’t.

Dig a little deeper and question why there’s a sudden improvement. What are your employer’s motives? Above all else, will you see genuine changes in all the key areas; where you felt let down and pushed you to make a start on your job search in the first place?

It’s a lawyer short market so businesses are reluctant to lose staff. More than that though, they’re reluctant to bear the expense, give up their time to undertake the hiring and training process for a new recruit.

Ask yourself, do they see your worth and want to put things right, or is coughing up an extra 5- 10% on your current salary the easier and cheaper option? Don’t fall victim to buyback manipulation.

It’s no surprise lawyers are being bought back at increasing levels. Equally, it’s no surprise to us when that same lawyer returns to job search within the year.