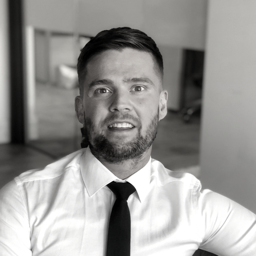 How to turn job rejection to your advantage

Not getting your dream role - the one you’ve always wanted - is a chance to reassess and refocus. Ultimately, it’s a chance to turn a seemingly negative event into a positive one.

We’ve all been there, and working in a legal recruitment agency, I witness this a lot. It can feel disheartening and it can shatter a person’s confidence. My advice: choose to look at these missed opportunities from a different angle.

It’s a difficult shift in perspective; on the face of it isn’t easy to make, but it’s worth the pain and effort in the end. Over the last few years, different studies have looked at how we deal with regret, particularly around missed opportunities. Researchers found that “obsessing over regrets has a negative impact on mood and sleep, can increase impulsivity and can be a risk factor for binge eating and misusing alcohol.”

So, how do you get from ‘obsessing’ over a missed opportunity to find the light at the end of the tunnel?

Feel rejected – even if it hurts

The experts say the first step is to process how it made you feel. Don’t suppress the feeling of rejection; it will return when you least expect it. If you acknowledge how it’s made you feel, you’re letting it play out; you’re dealing with it.

What’s your current situation – is there something else?

The next step is to view your current situation more broadly – are you feeling annoyed due to something else that’s going on in another area of your life? Maybe you’re disgruntled because you didn’t get the promotion you were hoping for, or maybe your colleagues have been getting under your skin lately.

This will help you recognise if you’re focusing on a missed opportunity not because you wanted it to pan out but because things just aren’t going very well elsewhere at this moment.

A useful exercise when you’re falling into a ‘what if’ spiral is to write down three things that went well for you recently and analyse who or what caused those things to happen. This forces you to look at the positive instead of focussing on any negatives, reflecting on the past steps that got you to your current position.

Ultimately, how we frame and ‘bounce back’ from missed opportunities is a matter of recognising that life isn’t always rosy, and that change, or a lack thereof doesn’t have to be ‘good’ or ‘bad.’

Can I reapply for a job at a firm I was previously rejected from?