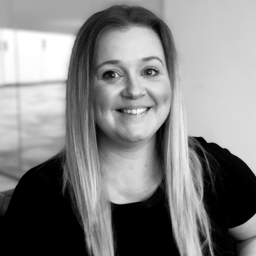 I remember that old BT advert with Bob Hoskins from the early 90’s - ‘It’s good to talk’, at that time we were in an era where the ability to communicate with each other was nothing like it is today. Most people had a land line house phone and although early models of the mobile phone were around from as early as the mid 80’s it wasn’t until the late 90’s when having a mobile telephone was an actual thing.

Now you can’t walk down the street without seeing people with phones glued to their ear or furiously tapping away with emails/text messages. So much has changed and although communication is now so readily accessible – do we really talk to each other as much as we should?

Since a massive part of this job is speaking to people it has really surprised me the amount of times candidates who have engaged in the process have gone off the map. I completely understand the notion of having a change of heart or even in some cases realising the grass isn’t actually much greener on the other side but what surprises me more is that some people seem unable to communicate this to you.

When you are engaged with a prospective employer it is usually the case that we want to put forward the best side of ourselves, both personally and professionally. If at any stage you decide not to proceed with an opportunity that same level of professionalism should still be present. It might be that for one reason or another you have decided that it is not the right time to make a move or that the opportunity available isn’t quite right but who knows whether in the future you may wish to be reconsidered by that very same employer? If so, leaving a good impression is vital and a little professional courtesy will go a long way should you wish to reapply.

If you are unsure about your future, whether you are unhappy in your current role, or want to see what opportunities are out there, we are on hand to explore all the options for you to help you come to the right decision. Being open and honest with us will allow us to support you a lot more effectively when making that next career move.

At BCL we pride ourselves on the care and dedication we give to each candidate we deal with. If you are looking for a new opportunity within residential conveyancing across Manchester or Lancashire and want to speak to someone who will really listen then give Emma Fielding a call on 0161 8197492 – after all it’s good to talk!