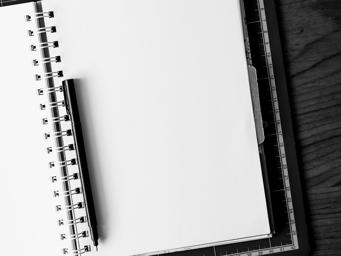 Prior to joining BCL Legal and during my time practising as a solicitor I had very little experience of the recruitment world. My only experience came from the few times I had been approached directly. This included a number of emails, my favourite of which detailed a fantastic opportunity in clinical negligence (I was a conveyancer) and one inappropriately timed and unwelcome call at my desk (I sat next to the managing partner who then grilled me for an hour on why I was thinking about leaving – I wasn’t!). I had no real basis upon which to form an opinion, however, despite this, I did have an opinion and I’ll be honest it wasn’t a very good one.

Fast forward to September 2017 and here I am writing my first blog for BCL Legal. So what happened?

I stopped practising two years ago and therefore had no direct reason to come in to contact with the legal recruitment industry. My partner, however, was working at a high street firm where he was the dealing with all of its residential conveyancing work. Being fairly newly qualified, he wanted a move to somewhere that offered more support and supervision as well as somewhere where the work was more varied and complex. One or two local competitors had contacted him directly but the fit wasn’t quite right. Together we started to search and spent hours online going from website to website of all the firms that we thought might be recruiting. We came across many vacancies that were advertised internally. These adverts gave basic details but left him with no idea of what the firm would be like to work for or whether he stood a chance of getting the job in the first place.

After realising that this approach wasn’t yielding any results we came across the BCL Legal website. He saw a job that was of interest and made some enquiries. It turned out that the job wasn’t quite right but from that point onwards BCL supported him in successfully taking the next step in his career. From day one Nicola was there to advise him as to new opportunities, give a real insight in to the culture and prospects at each firm and really listened to his needs. He never felt pressured or rushed in to making a decision and when the right opportunity came up Nicola was on hand to offer advice and guidance throughout the whole process.

Since leaving the law I had been running an estate agency and was also looking for a change in career. I was really impressed with the way BCL operated and after doing lots of research decided that I wanted to work in legal recruitment, but here’s the catch I didn’t just want to work in legal recruitment I wanted to work at BCL Legal. I didn’t want to be the inappropriate caller, the pushy, irrelevant-email-sending recruiter. I wanted to be a well informed, supportive and an expert-in-my-field recruiter. Basically I wanted to be a ‘Nicola’. Luckily for me BCL Legal were recruiting and following interview I got the job!

In the days leading up to my first day I was, as you’d expect, nervous and hoped that the job would be as it had appeared from the outside. One week in and I’m part of a fantastic team specialising in placing residential conveyancers in roles in Manchester and Lancashire. The training has been well structured and I’m happy to say the job is what I thought it would be and both my partner and I have found employment that is the right fit.