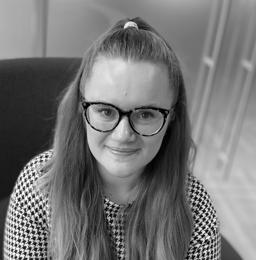 Just over five years ago, I started my first legal role. At first, I enjoyed it. The work was interesting, the people were great and I was doing what I thought I wanted to do, after months of applications.

Fast forward two years, and I was ready to move on. The work wasn’t interesting me as much anymore, and I was growing tired of jumping through hoops for insurer clients and reaping no real rewards.

I moved to another firm, thinking a change of focus could help. Just as before, the slight change in work was refreshing and I began to enjoy my job again. However, that infamous two year itch came crawling back and I found myself ready to move on again. This was my motivation to move on to what would become my final legal role. This was with a larger firm, and whilst initially I enjoyed it, after only a matter of months came an onslaught of anxiety about the fact that on a daily basis, I needed to make a choice between working beyond my contracted hours for no extra pay, or laying awake at night worrying about the mountain of new cases I would need to deal with in the morning.

An interview, a role play and 6 weeks later, I’m getting stuck in to my new role as a legal recruiter. From the moment I stepped through the door at BCL I knew this role was not going to be the same as my previous ones.

Here, everyone is happy, chatty and light hearted.

To date, I haven’t had anyone make a thinly veiled warning disguised as a joke about the workload or the stress.

Here, I know that if I put in the time and effort I will be rewarded – I am really enjoying it.

If I am honest with myself, I became disillusioned with the idea of a legal career only one year after I started my first role. That is easy to see when looking at the bigger picture four years later, but at the time I had no idea. I just found myself hopping around hoping to find the mythical ‘perfect firm for me’.

My advice to you, if you are finding yourself feeling like I used to do, really have a think about whether your legal career works for you.

Ask yourself what you would like your career to do for you, and consider whether or not legal recruitment could be the answer. I have only been here 6 weeks so far, but what I can already tell you is that you won’t regret it.

Visit our 'Join Us' page to find out more about current opportunities in Manchester & Birmingham.

Connect with and speak to Jo Leaver, our Talent Manager for further information.