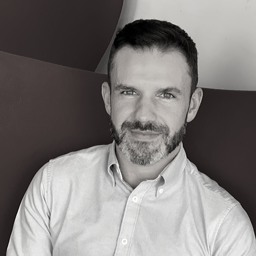 My move from private practice into Legal Recruitment - two years in!

I qualified as a Solicitor with Ward Hadaway in Leeds in 2016 before moving to Hill Dickinson upon qualification and Knights Plc in late 2018 as an Employment Solicitor.

I made the move into Legal Recruitment with BCL in October 2019.

Why did I move into legal recruitment?

Having spent a number of years as a paralegal, trainee and three years as a qualified solicitor, law was the only career I had ever known. Unfortunately, I could never really say that I was passionate about the law. The phrase “do something you love” comes to mind!

I wanted a role where the effort that I put in was rewarded, where I could, without sounding cheesy, ‘manage my own destiny’ and importantly make new connections and speak to interesting people on a daily basis.

I had been considering a career in recruitment for a while prior to leaving law. I spoke to friends who were in recruitment and while they often talked about long hours and it being stressful at times, it seemed like a different kind of stress and the long hours resulted in financial reward.

How has it been?

When I started with BCL in late 2019, I spent the first few months getting to grips with how recruitment works. BCL puts you through extensive in-depth training, which even includes assessing your personality type (I am a Monkey!) and how you work best, all of which was really useful.

The first 6 months were intense, however soon after joining I realised that I had made the right decision. It was of course nerve-racking leaving behind a career I had spent years developing, as well as the costs! However, the majority of BCL consultants are from a legal background, so it certainly helped and I found my legal background was invaluable when speaking to candidates and clients.

There are of course the typical highs and lows of recruitment; the highs, placing candidates into roles that they wouldn’t have come across, the earning potential and of course the lows, not being able to place strong candidates for whatever reason (that’s life!) and the straight up rejection. This is to be expected and you simply get used to it over time. However, in my experience the highs far outweigh the lows.

In early 2020 (just before the pandemic hit – not ideal timing!) I was given the opportunity to manage the Irish desk working with candidates and firms in Belfast and Dublin. Having lived in both cities, I am well aware of the Irish legal market and spend a considerable amount of time in both cities. This was the perfect opportunity to truly ‘become my own boss’ with the backing of one of the region’s largest legal recruiters. Having left the law and jumped into the unknown, career development was important so this was clearly the perfect opportunity.

Why would I recommend a move into legal recruitment at BCL Legal?

Visit our Join Us page