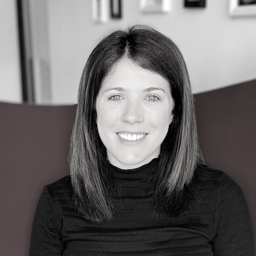 Once upon a time London was the centre of all things business in the UK. Our capital city, heralded as world's leading financial centre for international business and commerce and thought of as the “command centre" for the global economy. The City’s booming economy with its roots firmly planted within professional services, now boasting the fifth largest metropolitan economy in the world. It’s all still true and there is no doubt that London is critical to the success of the UK. However, with ever increasing labour and office costs, a constant war for talent and the political tide firmly in favour of the Northern Powerhouse and a desire to rebalance the economy, businesses have started to look to the regions in order to drive efficiencies and as such profitability. First came offshoring but now we have Northshoring – the growing trend of shifting work from the South to the North.

There is no doubt that we will have all heard about organisations ‘off-shoring’. This relates to the relocation of a business process from one country to another and is usually a decision driven by the desire to reduce large costs such as manufacturing or supporting processes. An arbitrary look at the balance sheet will often show that off-shoring has a monetary benefit. However, it ‘s easy to see that off-shoring has its problems – for example, language barriers, the need to ensure quality in the manufacturing process, compliance issues associated with operations in foreign jurisdictions and the various negative connotations related to the shift of labour out of the UK. The offshore customer service call centre typified everything people disliked about outsourcing and has prompted businesses to think differently; cue Northshoring.

Businesses started to look at northshoring as a way to achieve a balance; processes remain in the UK promoting increased control and arguably, quality but costs are reduced if there is an increased presence in regional cities and in turn less reliance on expensive London operations. Perhaps the silver bullet some would argue. There are numerous examples but in March Vodafone announced measures to repair the battered customer service record of its UK arm by bringing thousands of call centre jobs back from overseas. The company will create 2,100 roles at sites around the country, including 800 in Manchester, 600 in Newcastle and nearly 300 in Scotland. Good news for local economies and a much needed supply of entry level jobs.

There are numerous such examples across a range of the UK’s largest cities – Birmingham, Leeds and Manchester. Looking at the latter; Manchester is now somewhat of a media hub with ITV relocating several shows from London to their Media city operation, the BBC firmly ensconced in Salford Quays, Trader Media who relocated 600 staff to Manchester having acquired a 15 year lease on 60,000sq ft at prestigious Number One First Street and most recently (and only a rumour…) The Guardian who many moons ago called Manchester home and now may be returning. It’s easy to see why; Savills were recently quoted in the Financial Times saying that “With office rents in London now at record high levels, the ‘northshoring’ story is not going to go away. We estimate that the cost saving per employee for a company considering a move or expansion from central London to Manchester could be as high as £10,000 per person per annum in property costs, and £10,000 per person per annum in staff costs.” In an ever more competitive global market who can ignore those numbers?

So this brings us nicely onto the legal market, Northshoring is most prominent in industries that are evolving and innovating, where there is a need to drive efficiencies and tap into an increasingly more mobile work force – all of this has never been more true within the legal market. There has been gathering momentum for firms traditionally rooted in London looking at more regional locations. Allen &; Overy and Herbert Smith Freehills were two of the first international firms to start off the ‘northshoring’ trend by establishing Legal support centres in most cost effective locations 2011. A number of other firms have followed suit; Ashurst in Glasgow, Baker & McKenzie’s services hub in Belfast, Berwin Leighton Paisner, Freshfield bruckhaus deringer and Latham and Watkins in Manchester, and finally Hogan Lovells’ legal service centre in Birmingham.

The approach from each firm has been different and whilst some have focused on very much the support services (operational roles or indeed paralegals) others have naturally evolved to offices within their own right though still tending to deal with London based work. Berwin Leighton Paisner is a great example of this. They opened in 2015 to deal with real estate work from a Manchester base. They have recruited a number of paralegals but have also attracted junior to mid level real estate/property finance solicitors attracted by the promise of fantastic quality work working for the premier real estate firm in the UK. So is this just another Manchester office? The honest answer has to be no. BLP act for a number of huge institutional clients and recognised the competitive advantage that a Manchester base would provide, especially when dealing with work that needs to be completed at a tighter cost margin. If you compare the figures; prime rent in Manchester is charged at £32 per square foot compared to central London at £65 per square foot, paralegals, support staff and graduates command salaries of £16,000-£26,000 whilst in Greater London the bracket is £30,000-£40,000 and when hiring qualified solicitors a newly qualified in Manchester is paid c£42,000 compared against London where salaries are anything up to £124,000. The numbers certainly tell a story.

It’s all fantastic news in my view. Yes there is sometimes a negative connotation that comes with a ‘lower cost centre’ but surely any regional market that attracts a new entrant providing jobs and opportunity for its inhabitants has to be a good thing. The quality of work is generally fantastic and with Allen & Overy offering 5 training contracts in Belfast last year clearly there is every chance that opportunities will keep coming. A CBRE report found that 39% of law firms are pursuing the north in order to cut costs so we at BCL Legal will certainly continue to watch with interest…..