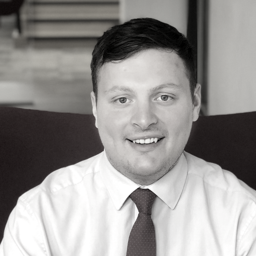 NQ season: guarding against qualifying into the wrong discipline

The current state of play

We’re well into 2019’s newly qualified solicitor (NQ) season: at BCL Legal, the first external offers have been accepted for September, and firms of all sizes are starting to release roles to the market. Based on previous trends and BCL Legal data collected over the past fifteen NQ seasons, in Manchester, there are many more roles to come over the next few weeks.

Qualifying into the wrong area of law

Having met with many trainees over the course of my 18 months at BCL Legal, when it comes to qualification, the biggest worry is ending up in the wrong area of law; a warranted concern.

While I always recommend having two options (both in an area you enjoy) to choose from, accepting a role in the wrong area of law (while comforting in the short term), comes with inevitable long-term consequences.

The time is now

This is one of the most pivotal times in your legal career as it provides the first opportunity to direct the future of it (a daunting thought).

As stated, selecting an area of law you’re passionate about and enjoyed working in while you were training is essential. All being well, you’ll be working within this area for the rest of your career so it needs to be one that excites you.

This is one way for solicitors who’ve made the wrong choice to ‘start again’, but these roles are heavily subscribed and tend to be undesirable for one reason or another.

Qualifying into the wrong area of law can be a grave mistake because if you decide to reconsider in a couple of years’ time, you'll come out the other side with two years PQE in an irrelevant field of law. Should you want to apply to other fields, you’ll compete against trainees with more recent seats.

There are ‘retrain’ positions, which provide the opportunity to change discipline when moving firms. This is one way for solicitors who’ve made the wrong choice to ‘start again’, but these roles are heavily subscribed and tend to be undesirable for one reason or another.

Firms only offer a retrain opportunity when they’re unable to find a solicitor who’s currently practising in their chosen area. Therefore, they’re mainly in areas of law that are unattractive to qualify into in the first place, or in firms that struggle to attract talent due to their location, reputation or quality of work.

The best way to avoid this predicament

The main advice I can give you is to be as open as possible; the goal has to be getting a position doing something you want to do. This should be the number one priority ahead of pre-conceptions about other firms, geographical location or the (understandable) desire to stay in the firm you've trained at.

There's a lot of excellent work in most disciplines spread across firms you may not have heard of: don't rule anything out prior to having a coffee with a reputable legal recruitment consultant.

Furthermore, some areas of law will be more popular than there are jobs in the region, so being as versatile in your search as possible is vital if you want to see a positive outcome.

While there's a lot to be said for stability, this stance is nonsensical when it's for a job you don't actually want.

Every year, we see many lawyer candidates remain at their current firm (for the comfort of having a job) before they properly explore the market. While there's a lot to be said for stability, this stance is nonsensical when it's for a job you don't actually want. There's an element of holding your nerve to wait for the right role but you may come under pressure - internally or externally - to accept a position that isn't right.

Obviously I understand that at the end of your training contrac there's a need to have a job lined up - there aren’t many people who can afford not to work! However, I advise that before you accept something that doesn’t tick the discipline box, gain a thorough understanding of all your other options. Knowledge is power.

Every year, we place dozens of trainee solicitors into NQ positions at firms across the tiers. On just one hand, you can count the number of city centre firms we don’t work with.

If you're interested in a chat about the market and want to put your feelers out we're a great place to start.

Which area of law should I qualify into?