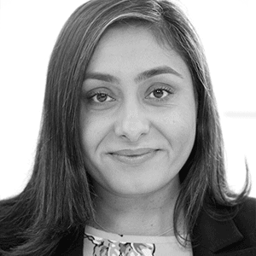 The rise of the “Extreme Commuter”

As we move from summer into winter it dawned on me this morning that soon I would see very little daylight. As a commuter it’s this time of year in particular that the daily grind to get into the office becomes even more depressing than usual.

It is staggering how many people choose to (or more accurately have to) do a long commute to work, especially those who work in London. According to statistics my commute is relatively average at one hour 30 minutes door to door, taking me a round trip of three hours per day. According to a report published on the BBC News website last year there now seems to be an increasing number of people falling into the “extreme commuter” category. To be honest I thought a three hour round trip was pretty extreme, but apparently not. There are people who commute up to five + hours each day!

For me, like many others it’s down to wanting as much living space for my money as possible. Whilst I could buy a property in London and gain three hours in my day to do all those things that I currently begrudge not being able to do I don’t fancy living in a shoe box! Eight years down the line I have kind of got used to it and accept that it is part of what I do. I don’t think I could do any longer though and that’s why I was horrified to see that there are people out there who commute much longer and further than me.

As a recruiter, one of the key questions we ask candidates when helping them find a new role is how long they are prepared to commute for. It is such an important consideration when looking for a new job, especially for those who are looking at increased commute times from what they are used to doing. We normally encourage candidates to do the commute in the rush hour to ensure it is going to work for them. Furthermore for those candidates with families we encourage them to think about the impact a long commute will have not just on them but on their families too.

So is there a solution? Sadly with inner city property prices continuing to go through the roof many people are priced out unless they are happy to live in a shoe box of course! However it’s not all doom and gloom, many employers are aware of the potential ill effects of long tiresome commutes on their staff and increasingly firms are now more open to flexible working and on occasion remote working, so it’s always worth finding out if this may be an option when considering a new role.

If you are looking for a new permanent or temporary role working as a solicitor or paralegal please contact me, Raj Sidhu in confidence to discuss your options.