Mark, can you tell us a bit about your average day?
My day is nothing like the day of a normal lawyer. Since the phone hacking cases started, my working life has completely changed with more demands both in the UK and internationally – especially from the media. I tend to describe the last three years of my life as like stepping into a John Grisham novel.

When did you start working as a solicitor and what are your specialisms now?
I’ve got over 20 years experience in libel, privacy, confidentiality and intellectual property. I actually started my career in commercial litigation and I then moved towards media. In 2008, I was working at George Davies in Manchester when I negotiated a deal on behalf of Gordon Taylor – the former PFA chief executive. The Guardian revealed that settlement in July 2009. That exposure generated an enquiry from other alleged hacking victims but George Davies  didn’t want to take them on so I soon left.

I went to a firm in Manchester before moving to London, joining Taylor Hampton in May 2010. Things really took a turn when the Milly Dowler hacking was exposed and I was retained by the Dowler family as their solicitor. If you’d told me in 2009 that either me or the News of the World would be no more - then my money would have been on me being the one who’d gone.

What’s your life like now?
Well, I’m speaking to you on a Sunday morning in the middle of a bank holiday and by rights I should be doing nothing. However, before 8.00am I had already been approached by an Australian newspaper and I’ve also been on the phone to a client who is the sister of a murder victim. She has been having problems with the press and needs my help.

Is there any pattern to your working day?
My day tends to kick off at about 7.00am when the phone starts ... it’s usually radio or TV interview requests. I try to go to the office but I often can’t get out of the door as I receive so many calls on my mobile from journalists, or potential clients and colleagues with problems and issues. However, because of my profile, members of the press often wrongly assume that I am acting on specific cases even when I am not.

I do my best to get into the office at about 10.30am for meetings and - more often than not - colleagues want me to speak to their clients about taking on their cases. Our office is very close to the High Court; in fact we’re just on the other side of The Strand which means a lot of my lunchtimes are spent on the traffic island in the middle of the road doing TV interviews. They can be about anything but most requests are around phone hacking and the Leveson Inquiry. After doing interviews, I go back to the office to squeeze in some law work!

All of this sounds like pretty hard work?
I sometimes joke that I’m thinking of actually becoming a lawyer as I often don’t feel like one! People laugh at me but I’m serious. My current workload isn’t good for my social life but I do try and snatch time for myself. My schedule can be tough though... Over the last few weeks, I’ve notched up over 110 hours of flight time which is more than cabin crew. My recent travels have seen me in New York, Melbourne, Canberra, Sydney, San Francisco, the Middle East as well as attending a cruise as a celebrity speaker. Much of my time is spent doing interviews – often in check-in queues and airport lounges!

One of the funniest experiences was when I went to New York to a meeting. Security is pretty tight and no-one had told me that I needed to take “photo ID” so when I arrived I was – quite rightly - refused entry. As you can imagine, it wasn’t a great situation to be in but the concierge had a copy of the New York Times on his desk which that day had featured a profile of me so I showed the guard that and it worked!

Your life has changed immensely. Could you have imagined it turning out this way a few years ago?
No, never. My former firms might have thought that I was too much trouble or a bit of a maverick so I’m not sure how my career would have progressed in the long term. I mean, if you were head of media dept – would you want to recruit me? I think I’d be the worst number two ever!  After I left George Davies, the firm moved its offices to New York Street in Manchester but just a couple of years later, I found myself being interviewed on camera on a New York street.

Why do you think your profile has become so high?
People get in touch with me for media or scandal cases which demand a very certain skill set. I also think that I see things differently and I take my time in working out problems. I’ve been told that I don’t have the ‘fear gene’ and I think that’s probably right as part of my upbringing was about not being scared of anyone and that’s stood me in good stead. However, there’s a fine line between idiot and hero. When I was about eight or nine years old, I was described by a former school friend as being ‘very clever and always causing trouble’ – I like to think that I’m still causing trouble but for good reasons!

You’ve also appeared on a lot of ‘hot lists’ including The Lawyer's ‘Hot 100’ and the London Evening Standard's ‘1000 Most Influential Londoners’....
I have and that exposure has been pretty quick. Although a recruiter did say to me that you know you’ve made it when Robert Peston quotes you and he has. Since moving to London, my life has changed beyond all recognition and I would never have thought that my work would see me meet Nick Clegg, Ed Milliband and then the Prime Minister at No.10, followed by a meeting with Rupert Murdoch after the closure of NOTW, witness the resignations of senior Metropolitan Police officials, see a new structure for the PCC and the arrests of over 40 police and journalists. As I said, a John Grisham novel is the only thing that springs to mind!

About Mark: Mark Lewis is a solicitor advocate at Taylor Hampton Solicitors in London and brings over 20 years experience in libel, privacy, confidentiality and intellectual property. He has been featured heavily in the media over recent times after devising the "phone-hacking" claims, which added to the skill set of reputation managers enabling challenge to be made to the source of the story as well as to the story itself. www.thlaw.co.uk 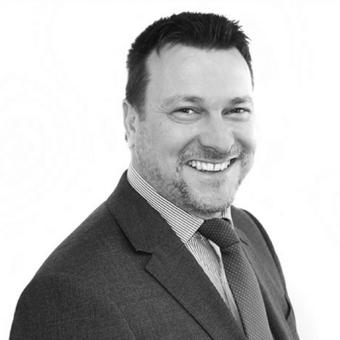