Whether it be from disgruntled clients or extremists emboldened by intemperate politicians, lawyers in a number of practice areas can find themselves subjected to intimidatory behaviour. The Brief takes a look at the issue.

The law is a challenging yet rewarding career with, in many practice areas, the potential to earn significant sums. However, the contentious nature of many matters means lawyers can also on occasion be on the receiving end of intimidatory behaviour.

This tends to fall into two broad categories. The first is intimidation by disgruntled individuals with whom the lawyer has dealt, or who are related to a case on which the lawyer has worked.

The second is threatening behaviour from individuals or groups who have a political objection to the work carried out either by an individual lawyer, a firm or an entire practice area. The prospect of the latter has reared its head once again in recent weeks, with the Prime Minister blaming lawyers for “finding ways to unpick” the Government’s policy of sending asylum seekers who have arrived in Britain illegally to Rwanda, and of “abetting the work of criminal gangs”.

Words like these can have a real effect. In September 2020 the Home Secretary Priti Patel claimed that attempts to remove asylum seekers who had crossed the Channel by boat “continue to be frustrated by activist lawyers”.

A few days later an alleged right-wing extremist entered the premises of the immigration law firm Duncan Lewis and threatened the receptionist with a knife. He has pleaded guilty to threatening the receptionist, and a number of other offences in relation to the incident, but denies planning to kill a senior solicitor at the firm. He is due to stand trial in July 2022.

A month after Patel’s comments about “activist lawyers” Boris Johnson, addressing the 2020 Conservative Party conference, talked about the criminal justice system being “hamstrung by what the Home Secretary would doubtless and rightly call the lefty human rights lawyers and other do-gooders.”

Shortly afterwards Polly Glynn, managing partner at civil rights firm Deighton Pierce Glynn tweeted, “So, this week I had to put extra security in our offices directly as a result of the government attacks on lawyers which makes us vulnerable to physical attacks from right wing extremists. I don't think that this is a sentence that a lawyer should have to write in a democracy.”

Intemperate talk by politicians might inflame feelings against human rights lawyers but, in some practice areas, the nature of the work they do regularly puts them in contact with people who wish either to intimidate them or to take revenge.

Some lawyers are in daily contact with people who have a history of violence, for example, while others are negotiating emotionally charged disputes. Nor are lawyers who deal with businesses immune, although intimidation might not be overtly physical but can, rather, take the form of vexatious regulatory complaints or threats to exert negative influence over a lawyer’s career.

“His card is marked”

Even employment solicitors can be confronted by intimidatory behaviour – and not only, as one might expect, from people in whose dismissal they have been instrumental.

Last month’s “The Brief Talks To” interviewee, David Ward of Blacks Solicitors, is a partner in the firm’s employment practice. He says, “Since lockdown there have been a couple of incidents that spring to mind.

“In a recent case my client, the claimant, settled. The respondent was an influential family with a lot of connections.

“One of the family members sent an email to my client afterwards saying he was disappointed that my client had got a lawyer involved to ‘do her dirty work for her’ and said, of me, that, ‘His card is duly marked’.

“I don’t know what he meant by that but it sounded quite threatening. I confronted the respondent with it and they were very apologetic and withdrew it immediately.

“In another case we had brought a claim for unfair dismissal on behalf of a client. We settled that case but throughout the negotiations I raised some concerns about the conduct of the respondent with respect to potential breach of the FCA’s rules on references.

“By return the respondent made up allegations about me having allegedly issued a reference for my client on the respondent’s behalf, and reported me to the SRA. I had a clear evidence trail to show I hadn’t done what I was accused of, and the respondent would have been aware of this evidence too. One of its allegations directly contradicted contemporaneous written email correspondence.

“While I was able to disprove the allegations and the SRA took no further action, it was still time-consuming and vexing to have to do so.”] 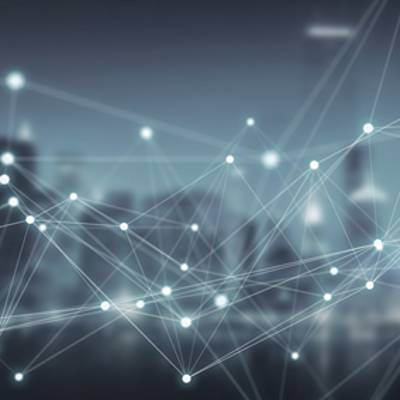