Mark Levine, Managing Director, discusses the In-house market in 2022 and market predictions for 2023...

The market for in-house lawyers has remained incredibly strong in 2022. We found January a little slower than usual but after that the market was incredibly busy and remains so for now.

Over the past couple of years we have found many clients were looking to grow their legal team by 1, but due to a resignation ended up looking for 2 lawyers. This has led to over 600 legal moves across the markets that we pay particular focus: The North West, Yorkshire and The North East, The Midlands and Northern Homes Counties.

Availability of commercial legal talent, particularly at the junior-to-mid level, remains tight and many employers are finding that recruitment can take anywhere from 1 month to 9 months to complete and on-board a new legal hire.

The significant salary increases at the largest private practice law firms has driven a considerable amount of change in the legal sector, and in-house has played its part.  Whilst most in-house legal departments no longer track the largest national and international law firms, in-house lawyers have seen salary advancement and most in-house departments are now paying salaries in line with large regional and national law firms.

A recent analysis of BCL placements from this year showed an average increase in salary across all levels of over 20%. This is largely due to changes at the lower to mid end of the market and we would expect to see this slow down over the next 12 months.

What does this mean for businesses looking to recruit lawyers?

For recruiting clients this has led to a highly competitive recruitment market with lawyers often receiving multiple job offers during their search, as well as having the opportunity to stay where they are!

The big ‘learn’ for recruiting businesses is to be clear in who they are looking for, awareness of what they can afford and most importantly how their offering stacks up against the market... especially around the key subject of hybrid working.

The biggest trick to landing who you want?? Be open minded as to who invite to interview and run a tight and informative recruitment process.

As always, the majority of in-house recruitment has been the junior end (0-5 years PQE) however 2022 has also seen a significant number of senior (head of legal, legal director and GC) level roles.  Senior roles often come in small flurries as one person moves and others move around to backfill their positions. With junior-to-mid level roles, these are typically a mix of growth roles, which see a legal team expand, or replacement roles, principally to backfill someone who has moved elsewhere.

Many lawyers at Senior Counsel level are sitting tight until the Head of and General Counsel roles become available and would only be interested in a sideways move to a different organisation if the base salary is between £85,000 to £100,000

Talent gap: The biggest challenge for all clients is a lack of available commercial talent, particularly at the junior to mid-level, and the significant wage inflation caused by changes at the largest firms and because of the rising cost of living.

Law Firm Pay Increases: The large pay increases at the international firms has tempted many lawyers to sit tight and this has restricted the flow of available talent looking to move in-house.  However, it is uncertain how long this restriction in talent is likely to exist.  The largest law firms have always expected a high number of billable hours and the significant pay rises places additional pressure on the firm and its employees to generate business and fees, and to justify the rates charged.  As the economy develops a more bearish sentiment, a less pressurised and sales focused role outside of practice could counter the pure financial gains.

Internal pay structures: We are frequently hearing that businesses cannot offer the salaries required due to what their existing lawyers are earning, not wanting to “rock the boat.” Ultimately, if this is the case, not only will these businesses struggle to recruit but they are also at risk of losing their team members.

Home Working: The increase in home working brought about by the pandemic requires a fresh perspective on what is a realistic “catchment area” geographically. Lawyers seem happier with a longer commute on fewer days than a shorter but more frequent commute.

This is especially true at the junior end. We are starting to see lawyers who trained during the pandemic come through the ranks, when home-working was the norm, and there is almost expectancy with a lot that they will continue to keep majority home-working. It remains to be seen if this is for better or worse.

What were the reasons for the increase in in-house lawyers?

The in-house legal sector has been steadily growing year on year.  More companies than ever before are employing legal talent and the number of large multi-lawyer teams has also increased.

Most companies that employ a legal department have directly seen the benefit of employing a dedicated lawyer/legal team, and senior stakeholders moving elsewhere want to bring a lawyer into their new business.

Tech companies and success stories in tech and e-commerce, have driven a sizeable increase in particular across the North West in-house legal market.

In-house legal teams continue to reap the rewards of a job well done during the turbulent times of the pandemic. Legal teams really showed their worth and have continued to enjoy a higher standing in their respective companies. As a result, businesses now seem more willing to add to the team, viewing in-house legal as a key function.

So all in all there has quite clearly been a lot going on across the market in 2022… Our predictions for 2023… we certainly still feel confident that businesses as a whole will see great benefits in having a strong in-house legal function. 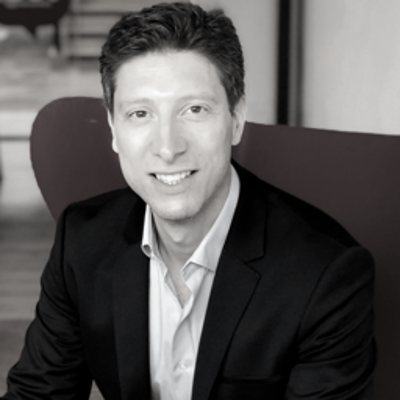