Productivity: How are lawyers really getting on with remote working?

For better or for worse, lawyers, and their firms, have been forced to embrace remote working over the past year. As a result, many individuals have experienced improvements to their work-life balance – but what about their productivity?

March 2020 will go down in history for many reasons. One of these was the almost universal relocation of the UK’s office workers to their kitchen tables, lounges, bedrooms or, if they were lucky, studies or home-offices.

In the years leading up to 2020 there had been a trend, albeit rather a gradual one, for law firms to begin embracing flexible working. This was, though, by no means the norm.

BCL Legal’s The Brief has, over the years, interviewed many senior lawyers with young children. Among this group, a commitment to agile working on the part of a new employer has often been cited as a key reason for moving to a new position.

When the shutters came down on office life a year ago, those firms that had already committed to widespread flexible working suddenly found themselves at an even greater competitive advantage. If your phone system could already forward calls to and from employees’ home or mobile numbers, and your IT systems were geared up for seamless remote access then you were able to focus on the managerial challenges of the shift to home working, rather than needing to make a significant technological investment just to keep trading.

As the pandemic has progressed the managerial response has been just as important as technological infrastructure.

A major study by the Institute for Employment Studies, the University of Southampton, and the consultancy Half the Sky is currently underway into of the impact of Covid-19 on workplaces in the legal sector. However, although there are a number of factors that make the legal sector unique, it is likely that, in terms of the impact on productivity, the differences between firms are likely to be greater than between the profession as a whole and other comparable sectors.

Looking internationally, The Harvard Business Review recently reported on research into the impact of the pandemic on corporate productivity by management consultants Bain & Company. The main finding was that lockdowns and homeworking amplified companies’ previous performance – those that were already highly productive became even more so, while for the remainder the opposite was true.

Nor was the difference in performance primarily to do with technology. Rather, the authors of the study found that the biggest drain on productivity was not an inability to communicate with colleagues but, rather, too many online meetings – with both the number of meetings held and the number of attendees increasing by around 13 per cent as people began working from home.

The main difference between the legal profession and other economic sectors is its interaction with the Courts. The way the Courts have adapted to the pandemic has been a major factor affecting the productivity of many lawyers involved in contentious work.

For some working in sensitive areas such as family law, the move to remote hearings has not been particularly positive. This is partly due to the reliance on all parties having a first-class broadband connection but is also a result of the difficulties faced by clients.

Writing on the Law Society blog, Rita Gupta, director of Leiper Gupta Family Lawyers, says, “For any parent, a remote hearing at home when you have children is really difficult and challenging.

“Everyone involved needs space and time to concentrate without distractions or interruptions on a highly emotive and complex area of law, and that includes the family lawyers. Topped with the issue of confidentiality and Court formality, this is a real area of difficulty for some lawyers.”

However, for others the move to remote hearings has actually been productivity-enhancing. Stephen Halloran, director and criminal defence solicitor at Lawtons Solicitors, tells The Briefly, “Since March 2020 my daily working routine has changed drastically compared to what it was before.

“The key change would be the use of video technology that we have relied upon during the last 12 months in order to conduct hearings. This technology has developed in that time and is now well established.

“As well as the technology itself improving, we have simply become more accustomed to covering Court hearings from home, and apart from the rare doorbell ring or dog bark, they go smoothly and do follow the same pattern on the whole.

“A benefit of these virtual Court hearings is that we have been able to save a significant amount of time that we would usually spend travelling between hearings in different locations. This allows us to be as efficient as possible and stick to timings without delay.”

Another post-Covid development in the Courts is one that is productivity-enhancing across the board: the advent of e-bundles. When we spoke to Siddique Patel, family law partner at gunnercooke, recently, he told us how much he welcomed this development.

“A 400-page bundle doesn’t need to be photocopied eight times now for all witnesses in a trial,” he says. “We send it to everybody electronically and it’s fully searchable, fully clickable, fully bookmarked, and when it works it works beautifully.” 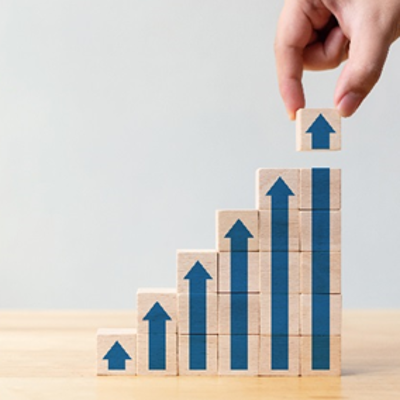