A number of areas of legal practice are particularly susceptible to economic downturns but what about crime? Surely recessions lead to an increase in offending? The Brief finds out, and hears about the impact of government policy on the financial wellbeing of criminal defence specialists.

Back in June The Brief  looked at a report into the impact of the pandemic on various practice areas, and which were recovering most strongly from the worst effects of lockdown. This included some surprises when compared to a “normal” cyclical economic recession.

Perhaps the biggest lesson to draw from this has been that the pandemic, and the resulting “artificially induced” recession, doesn’t provide much in the way of long-term lessons when considering which practice areas might be considered “recession-proof”. Nowhere is this more true than crime work, which dipped by 11 per cent in 2020, largely as a result of lockdowns significantly reducing the opportunities for would-be offenders.

However, it is not just Covid that has severed the traditional link between economic performance and the health of criminal practice.

Stephen Halloran, director at criminal defence specialists Lawtons Solicitors, sets out the situation in more detail. He says, “Criminal law always used to be counter-cyclical, with crime rates increasing during a recession and reducing when the economy was improving.

“This link is no longer really apparent and the real driver for the health of the crime sector is government funding. The reduction in headcount for both the police & Crown prosecutors since 2010 has resulted in a significant reduction in income for legal aid defence practitioners.

“Added to that, the backlog of cases, with more than 50,000 cases awaiting trial in the Crown Court, has resulted in a further slowdown in cases concluding, so the impact of lockdown on billing is a real issue for criminal legal aid firms. The Justice Select Committee recently published a report that highlighted the concern for the future of the criminal defence sector and called for increasing rates for legal aid cases.”

He tells The Brief, “Any analysis of the position must begin with an acknowledgement of the ‘double whammy’ that places a chokehold on the number of privately paying cases that come before the criminal courts: the prohibition on using restrained assets to pay private legal fees and the cap on the recovery of private defence costs at legal aid rates.”

He goes on to highlight further factors, including the budgetary constraints on the main economic crime investigation and prosecution agencies and the devastating impact that Covid has had on the listing of fraud trials, with ‘bail’ cases being vacated in an effort to clear the custody backlog, and already over-lengthy cases taking sometimes twice as long to complete because of pandemic-related delays.

The result, Walbank says, “is what some would describe as a ‘Perfect Storm’ in relation to the throughput of such cases.”

Halloran, meanwhile, sees some light at the end of the tunnel, at least for general criminal practice: “The positive news for those of us in the crime sector is that Covid has shone a light on the lack of capacity in the criminal courts. As a result, the limit on the number of sitting days for Crown Court Judges has been removed to deal with the backlog: this will assist with short-term capacity issues and will mean that cases conclude quicker and can be billed quicker.”

In the long term, however, Halloran points out that it will be investment in everything from policing to Court capacity that will determine the future health of criminal law firms. In this regard he sees some encouraging developments, including the Government’s commitment to recruit 20,000 additional police officers and the ring-fencing of more than £200 million of additional spending by the Crown Prosecution Service and the Ministry of Justice to assist with the through-put of additional criminal cases in the current and next financial years.

Much of the investment to which Halloran points, however, relates to crimes against the person. Specialists in fraud and financial crime are likely to see a longer wait before their situation improves significantly.

One practice area that has held up during the pandemic, and that usually does so throughout economic downturns, is motoring offences. Manjinder Kang of the Birmingham-based motoring defence specialist firm Kang and Co Solicitors tells The Brief that his firm is currently growing its workforce and that he believes there will always be a need for its services.

He says, “As a company we definitely saw a rise in enquiries due to the pandemic because of the economic and health implications such an event brings. The stress that disasters such as the COVID 19 pandemic or a recession can place on people can have a real psychological impact.

It means that, as a society, we can see an increase in drinking as a coping mechanism and people making poor choices they wouldn’t otherwise if not under such pressure.

“Equally, economic disasters, high unemployment rates and recessions can see an increase in minor offences such as failing to properly maintain a vehicle or driving without insurance as people struggle to cope with the financial implications of driving. This sees a rise in people totting up points and an increase in queries to prevent disqualification.

“With many motoring offences down to a lapse in judgement, it is one area in which many otherwise law-abiding citizens can find themselves unexpectedly facing Court. It is for this reason that motoring defence lawyers find a steady stream of enquiries as people look to protect their jobs and mitigate difficult situations.

“We often see a spike in cases just after Christmas in January and February as people reach out following the Christmas party season, but there are certainly very few quiet months.

While there are cars on the road there will always be a need for a motoring defence lawyer. 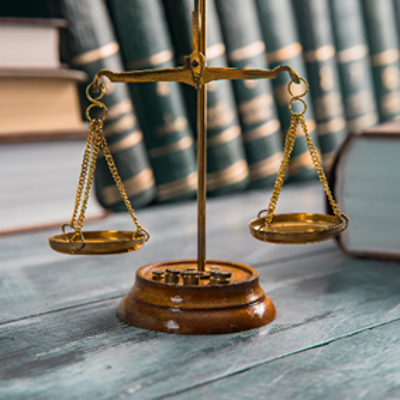 The impact of government policy on the financial wellbeing of criminal defence specialists.