Jonathan with Liverpool FC talks about young In House Layer of the year at the Law Society C&I Group North West Annual Dinner and Awards.

How did you come to train in-house?

I was keen to pursue a legal career in sport, preferably football and an advert for a training contract at Umbro was brought to my attention when I was at the College of Law, Chester.  I’m sure I would have seen it myself but what seemed like about 10 fellow students told me about it within minutes of the job appearing on the College intranet.  I think that must’ve been down to my somewhat obvious obsession with football..!}

What do you think the benefits of training in-house have been for you and your career to date?

Without stating the obvious I think training in house gives you another 2 years experience of working  as a lawyer within a commercial organisation.  A large part of the LPC concentrates on “clients” in the private practice sense.  Your “clients” when working in-house are completely different as is your interaction with them so I think being exposed to this during my training has been a big plus.  Secondly, I think that training in house exposes you to a great breadth of work on a day to day basis that perhaps you don’t get in private practice.  Finally, being a part of a team where there was only one other legal person ensured that from day one I was exposed to some very interesting and challenging work which from an experience perspective was invaluable.

What were the highlights of working at UMBRO?

Working on various sports marketing arrangements was great.  Umbro had and continues to have endorsement deals with some top players like John Terry, Michael Owen, Jordan Henderson and Andy Carroll so the chance to work on and review these deals was great exposure.  Umbro’s relationship with the FA and renewing the arrangement during my time was a particular highlight. Umbro as a brand had a very clear idea of what it wanted to achieve and had driven individuals in key roles that cared deeply about the company’s success. Working as part of a relatively small team and seeing large deals through to conclusion was obviously enjoyable and something that you could feel proud of.  After Nike’s takeover of Umbro in 2008, the chance to work as part of a wider European legal team and for a bigger multi-national company was great experience.

Why did you decide to leave UMBRO/ join LFC?

Although it sounds like a complete cliché the LFC opportunity was a dream job for me.  I mentioned earlier my love of football and this is only surpassed by the love of my team!  I’ve gone to the matches for as long as I can remember and the chance to work for the team I support was one that was too good to turn down.

What is the size of the legal team?

There are three of us at the Club: Natalie Wignall, General Counsel, who has overall responsibility for the Club’s legal services as well as HR and Club Secretarial matters, myself and Joanne Roberts, Legal Executive who specialises in  construction matters.

What is your role?

I am the legal interface into the Club’s Commercial department.  This means working closely with the Club’s partnership team in securing sponsors or “Official Partners” of the Club as well as working with the other departments in Commercial such as Retail, Licensing and Ticketing. I also work with the Club Secretarial department and the Director of Football on player contracts and trading. I’m also responsible for the Club’s Trade Mark and Anti-Counterfeiting strategy.

What has been your greatest effect at the club so far?

I’d like to think that the greatest effect has been on making our approach to commercial   arrangements more legalistic.  By that I mean raising the awareness of the importance of  getting the detail right from the start and ensuring that the parameters of a deal are made   absolutely clear from the outset through to execution. I think this is one of the major advantages for a business of having in-house counsel as you can work closely day to day          with the relevant commercial individuals and this can be achieved for no additional expense. Hopefully this is reflected in a reduction in the Club’s spend on external legal fees...at least I hope it is...!

Is being an in house lawyer different at LFC compared to being at UMBRO?

There are a number of similarities as you may expect working on commercial arrangements for one brand and another but it is interesting working for the sponsored entity rather than the sponsor as it were as this brings different challenges.  Although Umbro/Nike are well known brands that most people recognise working for the Club brings a higher level of media involvement and public interest in almost everything that we do.

How would you define the role of an in house lawyer?

A former colleague of mine , a lawyer working out of Nike’s US office, used to say to me that as an in-house lawyer you were a commercial person first, and a lawyer second.  I’m not sure I completely agree with this as I believe that your primary responsibility should always be to provide a trusted legal service but I certainly recognise the sentiment; working in house you are there to assist the commercial process and give consideration to the overall commercial goal at all times whilst protecting the business’ legal position.

What do you enjoy most about your role?

The thing that I enjoy most is the feeling that hopefully I am contributing even by a very small amount to something that I care deeply about.  I’m in a very privileged position to be working for an employer that means a lot to me and many of my family and friends.

What characteristics make for a good in house lawyer?

The most important characteristic for me is the ability to ascertain risk and have the confidence to believe in your convictions. There will be times when something is not 100% as you would wish it to be from purely legal perspective but in order to facilitate the commercial process you will allow it to go.  At the same time, you may come under pressure to approve something but you will need to stand you ground with your commercial colleagues as the legal risk is too great. The ability to do both and be consistent in your approach is in my opinion are the most important characteristics.

What advice would you give to a lawyer in private practice looking to make the move in-house for the first time?

I’ve never worked in private practice so it’s difficult for me to comment on what is the better role but what I would say is that although you can do away with time sheets and billable hours the pressure of justifying the role you play remains, it’s just in a different form.  From the experience of working with outside counsel, the key focus shifts from providing clients  with a detailed “belt and braces” legal service to getting things done and giving clear unqualified advice in manner that can be digested by the business easily.  In-house your  “clients” will want yes or no answers and expect it quicker than if they were paying for eternal advice.  Finally, I’d say it’s imperative that you are suited to the company that you go  in-house to work for from a personality perspective, and that’s where BCL Legal can assist in finding a role that is right for you.

Congratulations on winning the award for Young In house Lawyer of the Year. Who would you like to dedicate the award to....

"Well I haven't prepared anything and I hope I don't forget anyone...but I'd like to dedicate this award to my agent, my stylist, my publicist, the girls in hair and make-up, my physio, my personal trainer, my astrologer, my life coach, my nutritionist, my girlfriend, my mum, my dad, my sister, my dearest colleagues past and present, all the staff in the sandwich shop, the fans... is there anyone I've forgotten..? Oh and the law firm that didn't give me a training contract in 2005 that meant that I trained in house at Umbro..." 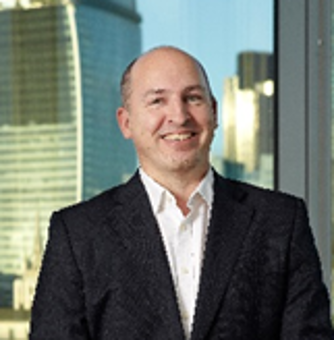