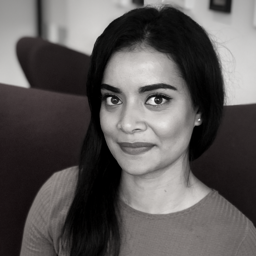 Should I limit my legal job search to London?

Given the locations I cover in my job as a legal recruiter: Surrey, Berkshire, Oxfordshire and the surrounding areas in the South East, I come across lawyers who more often than not state: “Sorry, I’m only looking for roles London.”

While I appreciate in some cases that London is the only option in looking for your next legal job, you’d be surprised at how better off you could be if you looked beyond the City, and here’s why…

It’s London. You’re up against Londoners, those who’ve relocated (national and international) and commuters. It’s highly competitive and depending on what your motivators are, you’ll end up in a much better position for your career if you apply to the Home Counties (or strong regional firms). The competition is less fierce and you have a much higher chance of being considered; more appealing than getting lost in a sea of applications for that legal job at a top firm in London…

A legal job in London can afford you some great work and amazing clients, but it can get to a point where you miss out on social life. Of course, this isn’t always the case, but getting to that point where all you do is work, sleep and repeat can be counterproductive, so take a look at what your priorities are.

Depending on where you’re based in London, or whether you’re considering a move there, getting into central London can be a nightmare! Believe it or not, the reverse commute can work wonders!

This doesn’t need much explanation. Not only is London one of the greatest cities in the world but it’s also one of the most expensive. Unless you’re a super savvy budgeter and you’re not too fussed about having a social life, your hard-earned salary won’t go that far.

You can earn great money and do great work in other major cities in the UK.

Birmingham, Bristol, Reading, Manchester and Oxford have great firms and offer a great opportunity for career development at almost half the cost of living (in London!).

Ultimate career direction: what you need to do to get to where you want