There is renewed optimism across the Yorkshire and North East legal markets which has been reflected in the sheer volume of newly qualified roles across many sectors throughout 2015. This is testament to the volume of work pouring through the doors of the top tier, mid market and strong regional law firms; this has had a huge impact on staffing requirements across the region. Our vacancies have increased year-on-year with property and litigation being the main areas of growth.

It would appear the recession is well and truly behind us when it comes to the commercial property market in Yorkshire. Property lawyers of all levels are currently in high demand across Yorkshire and in particular in Leeds, which is presently stated to be one of the fastest growing cities in Europe. In particular, the increase in development activity across the city of Leeds has led to more demand for property development and investment lawyers, plot sales legal executives and paralegals who are needed to meet the increasing transactions.

The main legacy of the recession in terms of the legal profession is the lack of lawyers who qualified into both commercial and residential property law during that period. This is now manifesting itself as a clear skills shortage. Property lawyers must take confidence in this upturned market and take advantage of the many opportunities that now await them in private practice at all levels from top to mid tier and high street firms. However, it is making it a difficult job for legal recruiters to meet demand as the lack of commercial property lawyers is very evident.

What is clear is the strong message coming across from the profession which is summed up best by James Appleton-Metcalfe - managing director of Citivale, the Leeds based property developers and asset managers - who said: ‘The days of bust are well and truly behind us. Recent statistics released by national property consultancies Knight Frank and Lambert Smith Hampton graphically underline the progress that has been made this year following the dark days of the recession’.

Lambert Smith Hampton’s UK Investment Transactions Report noted that year to date commercial property deals in Yorkshire now stand at more than £1.01 billion. My view is that now is the time for property lawyers to rethink that career move and take advantage of a buoyant property market.

Recruitment for litigation roles has been reasonably quiet across Yorkshire. However, as we end the final quarter of the year, there has been a noticeable increase in demand for professional indemnity and property litigation lawyers. Given the economic upturn - and more corporate deals being completed across the region - as expected, general commercial litigation has become much busier as we end the year. This area still remains one to watch but optimism is there.

High street firms across Yorkshire and the North East have had a tough ride over the last few years with many surfing the recession the best way they knew how... just about keeping their heads above water.

The good news is they are now coming out the other side. We are seeing fewer redundancies and fewer firm closures so that’s good news all round. That’s not to say they are out of the woods just yet as annual legislation and regulation changes continue to impact the smaller law firms; the majority of which have been around for many many years.

The rise of organisations such as QualitySolicitors has significantly helped small high-street practices and larger firms maintain their levels of service, as they provide them with the facilities and resources they would not ordinarily have access to, such as training, compliance support, procurement, professional indemnity insurance, Lexcel and other ancillary services. National and local marketing services are also an extensive part of the QS offer. With close to 30 firms operating under the QualitySolicitors brand in Yorkshire and the North East, small and large high street practices have been able to concentrate on fee earning and leave the back office/service centralisation elements to the wider organisation.

Interestingly, and perhaps unexpectedly, the busiest area for recruitment by a country mile has been in the disciplines affecting private clients. A vast number of roles have gone live across Yorkshire and the North East, predominantly within the smaller high street practices. Private client has historically been a very “traditional” practice area, with very little movement of lawyers between firms. Typically discipline led by very experienced lawyers, we are now beginning to see a large number of vacancies arise at the more junior level. It has also been refreshing to see the number of trainee solicitors wanting to qualify into it. Clients have responded well by reconsidering their requirements and by taking on newly qualified solicitors over more experienced candidates. They are undoubtedly making the most of these ‘fresh faces’ who bring with them new ideas that are shaking things up.

Recruitment in family law across Yorkshire and the North East of England has been relatively quiet over recent years. Since the changes to Legal Aid in 2013, a significant number of redundancies were made across the region, and we saw a significant number of talented family lawyers out of work; a number of whom decided to leave the professional altogether. Research conducted by the University of Warwick suggested that 50% of the family lawyers questioned who reported that their service was very likely to close completely in 2013 were from the North of England. In parts of the country where Legal Aid is more heavily depended upon, the increased number of lawyers out of work in the last two years has meant the level of services offered to families across the region has been significantly affected.

However, positive changes are beginning to appear with a number of law firms seeing increased workloads which in turn is driving the need to hire more family lawyers. We are by no means seeing a “recruitment pandemic” in family law like we have seen in other areas, such as corporate and real estate, but Yorkshire law firms have slowly started to put the feelers out for new lawyers to join their expanding teams.

Changes in the law, such as the legal aid cuts of 2013, simply forced law firms to go about things in a different way. Fixed fee arrangements became more widespread and offered more affordable services to those families who previously would have been able to access Legal Aid.

Natural succession planning and growth developments within the larger family teams have seen senior lawyers promoted internally which has seen a need to back fill positions within the teams, but internal moves at smaller firms have been less frequent.

Unfortunately recruitment into employment law has shown a real dip in the last year. This was partly down to the introduction of the static fee in 2013. A significant decrease in the number of cases brought to tribunal was seen in the months following that introduction, and as a result law firms had to offer alternative methods of dispute resolution services - such as mediation - to their slowly dwindling client base.

Surveys undertaken last year showed that 82% of those questioned were deterred from taking their claims to tribunal because of the new fee introduction. A huge positive for employers, but the affect of this change has had on the employment legal market, from both the claimant and respondent side, has been quite the opposite.

On a more positive not, it’s not all doom and gloom as a small number of NQ positions have arisen this year in the larger commercial firms. I think it is important for any NQs wanting to qualify into employment this year to keep an open mind.

In summary, we predict a healthy amount of recruitment throughout 2016. Firms are becoming more flexible in their requirements across areas of high demand and are often recruiting lawyers who have taken a less traditional route to qualification in order to adapt to an ever changing legal market. 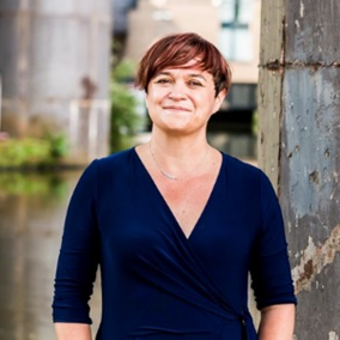 Barrister turned coach and trainer Catherine Brown identifies the areas in which lawyers commonly fail to communicate clearly, and suggests a number of ways they can avoid confusing their clients.