The UK and the US, it is often said, have a “special relationship.”

Cynics would suggest that particular brand of ‘pallying-up’, when it comes to government at least, follows one simple rule: when the US asks the UK to jump, the UK should simply respond: “How high?”

As nations we do share many common traits, and there are some similarities in our legal systems.

One such common factor is the use of litigation funding - the model by which investors fund claimants’ cases in return for a share of eventual damages paid. Indeed, the UK structure is strongly based on that which has been longer in place in the US, and even longer in Australia.

But, with litigation funding talk of a Special Relationship is perhaps wishful thinking. It is true that funders from the US and the UK may see each other as allies, but an attack on the UK litigation funding market has been directed from across the Atlantic.
This assault has come from the business lobby group, the US Chamber of Commerce Institute for Legal Reform (ILF), which has made various claims as to the impact litigation funding may make on the UK legal system.

Firstly, it must be outlined that the attack from a US lobby group on matters affecting the UK is quite an odd reaction, although not too much of a concern.

It raises key questions over motive – why are they turning their gaze across the Pond when there is enough to keep them busy on home soil?

The Institute says it is down to the UK business interests of its members, although to my knowledge, is has failed to point out how these have been damaged by litigation funding.

That said, the attack from the ILF does raise some very interesting points that require addressing.

In fact, analysed more closely, the attack from the Institute serves as a fantastic education tool for the UK legal system and to further the understanding of Third Party Funding in the UK.

The Institute’s most ferocious criticism is that litigation funding feeds spurious claims at the High Court in London. In turn, these claims damage businesses, dragging much needed funds into the defence of claims against them.

This criticism shows a fundamental failure to understand the nature of Third Party Litigation Funding.

Funders are investors like any other. Funding is a high-risk strategy but for any mainstream funder to back claims without merit would be a nonsense.

It is true that funders build up a portfolio and spread risk – but all cases have a degree of risk. The portfolio approach is to protect against cases which lose, not to allow funders to invest in cases knowing that they will lose!

Funders have investment committees where cases they are presented pass through due diligence processes overseen by solicitors, barristers and certainly in the case of Vannin Capital, judges. To suggest that funders with this amount of legal know how would back a case lacking merit is a failed argument.

Some cases we back will be successful, some will lose – that is a fact of life.

Funding detractors have used the disastrous Excalibur case as a case study of the ills of funding. Perhaps oddly, so would UK funders – none of the funding in that case was provided by recognised TPF companies in this jurisdiction.

The inherent risk element of funding is a helpful element for the UK legal market – because of the due diligence process of funders, a Third Party Funding company can offer additional external expert views on the strength of a case.

Rather than put forward spurious cases, funding actually provides access to justice for companies that may not otherwise be able to seek legal redress. The right of any business to protect itself, and have the means to do so, should be high on the list of any lobby group.

The ILF says it wishes to protect the UK from the worst excesses of the US legal system.

It’s true – the US legal system has been forced to endure some of the most ridiculous claims. However, the US has one thing the UK does not – a constitution. It is this which gives the basic right to use the courts in an “anything goes” approach. That, coupled with the one huge difference between the respective legal systems – the lack of costs shifting in the US – is what fuels spurious claims and litigation lacking merit. The adverse costs regime in the UK is what prevents the ridiculous cases being brought that are occasionally seen in the US. This threat of financial penalty acts as a useful filter for the court system.

Amongst other criticisms is that TPF in the UK is not regulated, is not covered by legislation and is not transparent.

When it comes to transparency, but funders work to clients’ needs, and if a client does not wish the arrangement to be made public, then they have that right to argue the point.

One recent case in the US provided some sanity in this, when a British firm, Miller UK, was backed by a judge who said it didn’t have to reveal its funding arrangement. The case was against Caterpillar, a US Chamber of Commerce member.

Whilst it is true, there is no regulatory legislation, it is not needed. The common law rules and precedent in the UK provide a worthy safeguard ensuring funders cannot influence cases they have backed under the existing case law.

The Association of Litigation Funders has put in place its own Code of Conduct. Funders who are members of the ALF can only sign up upon proof they have funds to back cases. Many funders are also regulated by the FCA.

Legislation is not needed for Third Party Funding but should it be brought, no funder would be concerned by it.

There is one huge element the ILF and UK funders agree on – litigation is costly, time consuming and energy draining, and it should be a last resort in any situation.

But that, unfortunately, is where the agreement ends although the debate is welcomed and should it serve as an education process onto the effectiveness of TPF, then it is a plus all round. 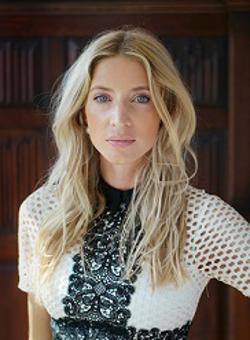 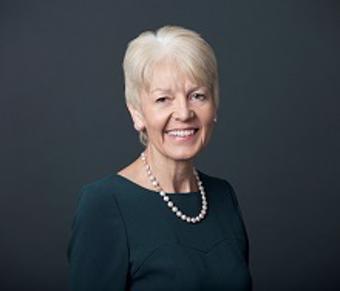