Over the past few years, the economies of London and the South East have driven much debate in the media, with many commentators claiming that the gap between them and the rest of the UK is getting bigger and bigger. There’s no doubting that is the case for the financial services sector and also for many of the law firm giants that choose the city as the location for their European or British headquarters. However, when you step away from the headlines and look at the rest of the legal industry, London and the South East share many of the same trends, drivers and market conditions with the regions. This piece will look at some of the issues affecting private practice firms and what the future might hold.

As I said, it probably won’t come as much of a surprise (!) if I tell you that London almost has its own economic eco-system and remains the key focus for analysts and a litmus/ pre-cursor to wider national trends. It will be also no surprise that the legal market and its recruitment trends often mirror the regions as we have previously reported upon.

It is arguable that the economic collapse hit both London law firms and their recruitment levels harder than anywhere else; in particular amongst the larger commercial law firms. However, the ripples (or waves as they were) have also impacted significantly on the small to medium practices as well as on the high street. Having said that, it is pleasing to report that the growing improvement in the economy as a whole is now being felt and confidence is on the up. This has – and is - resulting in a significant increase in work levels for firms across the board and in turn for the recruitment of both lawyers and paralegals.

At the time of writing, data from the Nationwide Building Society suggests that the average house price in London now stands at £408,780; that figure is up 12.7% in the first quarter when compared to last year and is in contrast to £188,566 in the regions. Interest rates and more favourable economic conditions are helping, but we predict there could be a slow down and a softening in the market - albeit still outpacing the rest of the UK. At the time of writing this piece, the General Election is still two weeks away so there’s speculation and uncertainty galore - mainly about whether there’ll be another hung parliament and if the Mansion Tax is a real possibility. Both are leaving the sector jittery.

Taking all of that into account, the overall appetite for real estate lawyers - whether residential or commercial - remains high. The challenges to both the high street and small to medium sized firms is coming from a relative shortage of experienced candidates well as competing salary levels: the age old saying ‘demand is most certainly outstripping supply’ is particularly pertinent. The reality is that it’s hard for us as recruiters to keep up. The onus is on us as a business to react to market conditions and to source the most talented candidates for our clients. This is something they are finding near impossible to do themselves.

As regards overall trends in property, Pragnesh Modhwadia - managing partner at Axiom Stone in Edgware –summed it up perfectly: “Whilst the market has shown signs of higher levels of activity, uncertainty concerning the upcoming election and interest rates has caused some stagnation. However a lack of stock has ensured that prices remain high.”

Much like the property market, broader economic confidence has improved so the availability of bank funding and associated support has increased. This has - in turn - driven more and more activity amongst entrepreneurs and SMEs. Consequently, we have seen a real upturn in the need for corporate and commercial teams along with more demand for experienced lawyers. This is great news. However, demand is once again outstripping supply and we are facing the same challenges as we do in real estate.

Those positive trends outlined above are definitely a cause for celebration, but are sadly not reflective across all areas. Employment remains sluggish with a reported 31% drop in tribunal claims for the final quarter of 2014 when contrasted to the same period in 2013. This is especially worrying when measured against the near 73% drop in claims in the final part of 2013 following the introduction of tribunal fees. Many firms that have adapted their practices to provide broader HR and advisory functions are bridging the gap, but it has not prompted a drastic increase in recruitment levels and things have remained stagnant.

Litigation has seen more positive activity with particular spike in the niche areas of finance litigation and professional negligence. I’m pleased to say that recruitment has up until now remained pretty positive in the small to medium sized firms, but the recent introduction of increased court fees is likely to have a dramatic impact on claims. This area remains one to watch.

Away from London, we have seen an increase in the number of family law opportunities arising this year - particularly in the Thames Valley area. These positions tend to be with firms that are acting on behalf of privately funded clients as the changes to public funding for family and childcare law have made an impact. It seems the need for junior fee earners in this discipline is not that urgent so many firms are trying to grow by bringing in more senior fee earners with a following. This isn’t particularly new - and is not the norm - but it’s an interesting trend and it’s one that we’re keeping our eyes on.

Commercial property is another relatively buoyant area and we are continuing to see jobs outstripping candidate demand at all levels. This is really a legacy of the recession and in practice it means that there are too few one to four years’ PQE out there. Those solicitors who did manage to qualify into commercial property during those difficult years are now at a premium and are understandably being very well looked after by their current firms.

Due to the increasing pressure on firms to recruit suitable commercial property solicitors, we are seeing candidates being considered by national practices who would not normally have been so in the past. This could either be accepting lower academics than usually specified, or maybe relying on previous commercial property experience as a paralegal to support a transfer of specialism - even a contentious discipline.

Despite the challenges in commercial property, it’s good to report that residential conveyancing remains buoyant and the demand for candidates at all levels is consistently strong across the entire region.

Although there has continued to be a market for both civil and commercial litigators, there is still a marked reduction in contentious job opportunities in favour of non-contentious commercial roles. We’ve also seen a rise in firms wanting two years+ PQE lawyers to come in a head up teams. Although not as buoyant as say commercial property, there are roles out there for a range of levels of PQE. The personal injury and insurance litigation market has remained steady over the past year too.

As has happened in London, the market for employment law jobs has seen a continual decline in recent months; again, mainly after the introduction of tribunal fees. The employment market in Cambridgeshire and Bedfordshire has been particularly quiet with only a handful of employment roles going live over the past six months. Employment law is much sought after so when there is a role, firms have been overwhelmed with applications.

There is a lot of competition which means firms of all sizes are being very demanding when it comes to selecting those people with the best qualifications, talent, experience and knowledge. Many skilled lawyers are struggling so our advice is to be adaptable if you’re determined to carry on practising in this area of law.

There is a similar story when it comes to criminal law positions as the changes in Legal Aid has meant that many firms have decided that crime literally does not pay and so they are no longer offering it as a service. There has therefore been an increase in the number of criminal law solicitors and duty solicitors trying to transfer their experience into the areas of commercial fraud and regulatory work. The number of these corporate and white collar crime positions has remained constant throughout. This is positive as there are options and opportunities for those who are willing to take the leap and switch specialism.

As these types of firms tend to act predominantly on behalf of private individuals, the changes in public funding has had a huge impact on their profitability. It is therefore no surprise that we are seeing mergers and amalgamations of high street firms on a regular basis - especially as increasing professional indemnity insurance premiums are taking their toll. It’s a shame to see so many firms falling on hard times but it’s encouraging when you hear about proactive mergers that secure the futures of firms that have often been part of their local communities for generations.

The general picture in London and the South East is that the recruitment market is picking up in many disciplines. There are still, of course, many challenges to face and the legal sector as a whole is continuing to go through a massive transition. It will take some time for everything to fall into place and for the market to adjust but it will get there.

In the short term, it’s about having confidence and focussing on the growth areas that will be profitable and that are ba 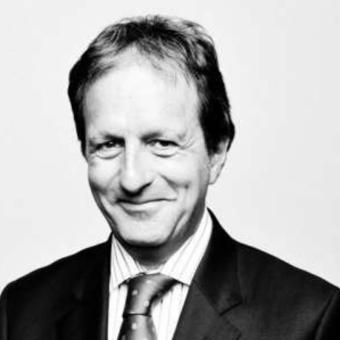