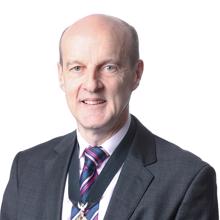 We speak to Chris Topping – Director of Broudie Jackson Canter

Chris, can you tell us about your role at Broudie Jackson Canter?

Broudie Jackson Canter is one of the trading names of the Jackson Lees Group Ltd. I am one of the shareholders in the Group, a director of the business and the head of both the Actions Against Public Authority and Mental Health Departments.

What motivates you in your job?

The main motivation is to use my legal skills to make a positive difference to the clients who seek our help. We deal with some very vulnerable people who, without our interventions, would have no chance of enforcing their rights and would not have access to justice.

You’re a passionate campaigner against Legal Aid budget cuts. Why is that?

I have spent my career working in areas of the law where Legal Aid is, or has been, available. A proper holistic Legal Aid system makes a massive difference to individuals’ lives but also to society as a whole. The post war government recognised that to create a fairer society individuals needed to have a way of enforcing their rights and to be expertly supported in doing so. Legal Aid as envisaged initially meant that people with a raft of issues could have them resolved and then potentially became less dependent on other areas of the state for support. We have lost that system thanks to the repeated cuts and in my view society is the poorer for it.  I, along with many others, still take the view that access to justice is a key part of having a society which is fairer and better for all and that this is well worth fighting for even when the odds seem stacked against change.

Do you think the tide of cuts will stop or is this going to be a long-term battle regardless of who is in power?

We have seen over successive governments that Legal Aid is not a vote winner and so becomes an easy target for cuts. However there now appears to be a general acceptance, from both Labour and Conservative, that the cuts have been too harsh and swinging.

The review of LASPO, which has been delayed repeatedly, gives a real chance to the Ministry of Justice to stop the tide and to reverse some of the worst effects of the act. However I think that there may be a real battle to restore meaningful levels of funding and it is open to doubt whether the lost areas of expertise can be easily reinstated.

You’re involved in Judicial Review proceedings and compensation claims arising from the misuse of the Mental Health Act 1983. Can you tell us a bit about that?

The Mental Health Act 1983 gives huge power to the state to deprive individuals of their liberty. When we become involved with a judicial review (and claims for damages) it tends to be where there has been a failure to ensure that the rights of the individual are properly respected and dealt with. This is particularly acute where the state takes a paternalistic view, that it knows best, and overrides or ignores the wishes of the family members who care for that individual on a day to day basis.

What case are you most proud of?

The highlight of my career is a case called Keegan v United Kingdom where we succeeded in the European Court of Human Rights in showing that a police force obtaining a warrant had to ensure that they did not breach the right to private life of the occupiers.

The case was unsuccessful domestically as the Human Rights Act was not in force at the time of the warrant being executed. Going to Strasbourg was a long haul but the consequence of the case was that the Police nationally have had to moderate the way in which they act and huge numbers of people have benefitted from the outcome of this case.

You were named by the Law Society as Human Rights Lawyer of the Year in 2016. What did that mean to you?

It was obviously a huge honour and humbling to be acknowledged by the Law Society in that way. I see it as an award for doing what I do every day of the week – trying to use the law to enforce the rights of individuals and to make a difference in their lives – to be rewarded for doing a job which I am passionate about is very special.

Congratulations on becoming the President of the Liverpool Law Society. What are your plans for the organisation?

Thanks. It is a great privilege to be the figure head of the local Law Society here in Liverpool. We have about 2000 members to look after and promote so that is a big challenge.

This year we are celebrating 100 years of Women in the Law. Christina Blacklaws, the national president, has created a focus on ensuring that women have the same opportunities as their male counterparts to progress at all levels of the profession. We are going to have male champions in our local firms to see that this initiative moves forwards.

The organisation will keep Legal Aid and access to justice at the forefront of everyone’s minds. In particular we will be looking to member firms to support the funding of the Legal Education Foundations Justice First Fellowship scheme. The scheme is designed to fund new lawyers in areas of social welfare law where the worst effects of LASPO have been felt. We have two fellows working at the Merseyside Law Centre and we want them to be the first of many but this will need some significant fundraising which I hope to be able to facilitate.

And finally, how do you switch off outside of work?

I love my sport and still play five-a-side football weekly, cricket (time permitting) and aim to do ParkRun each Saturday morning.  I am involved in helping to lead a local church where my wife and I have been members for over thirty years. 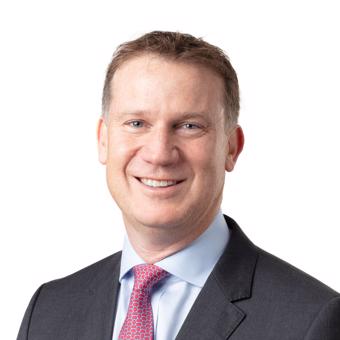 Jersey-based Jason Romer is group managing partner at a leading offshore law firm. He tells The Brief about accessing high quality work, the possibility of working for an offshore firm while living onshore, being a “political hot potato” and creating “an environment where brilliant people are proud to work.” 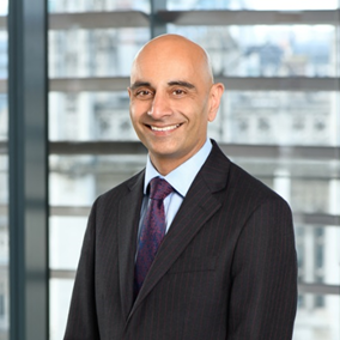