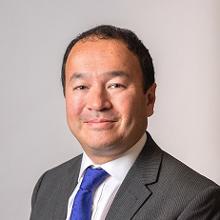 Julian Hawkhead is in this month’s 20 Questions hot-seat

What time did you wake up this morning?
5am. The early summer mornings play havoc with my sleep pattern as I tend to like to wake closer to 6am but it’s always easier to wake up when it’s a sunny morning.

What’s your favourite object in your office?
A handy desk tidy (not that I'm untidy) in which I put all my bits of paper. It's in the shape of a horse and my daughter bought it for me a few years ago.

Who is your closest colleague?
I wouldn’t want to single out a particular individual but I have some long standing friends and colleagues I work with that I have known for nearly 20 years.

Do you have a favourite family heirloom?
I think these would have to be a Bible and a gold chain, both inherited from my grandparents.

What’s your favourite song of all time?
This is so mood dependent. For sheer beauty, I'll go for Everybody Hurts by R.E.M. I think my musical tastes may still be stuck in the 80s and 90s but with two teenage daughters I'm trying to keep up to date!

What’s your favourite play?
This is a hard one as I prefer musical theatre but I would say something by Shakespeare. To think that a person who existed over 400 years ago had such an impact on the English language is hard to comprehend. Favourite play? Probably Henry V - there are some great rousing speeches in there.

Who’s your favourite movie star?
Another hard question because for every good actor, there always seems to be a bad film or two that they have been in. Much as I think he has some questionable religious beliefs, I do like Tom Cruise - for the sheer quantity of films he’s been in if nothing else. I'm also a big fan of Matt Damon and his Bourne quadrilogy.

What’s your favourite book?
I love reading so it is difficult to choose a single book. If I had to choose, I would take a complete Sherlock Holmes compilation (okay, it's a lot of short stories!). And if I had to choose a particular story it would be The Adventure of the Musgrave Ritual because that one also satisfied my love of history and I love following the forensic logic to its conclusion and the big reveal. I won't tell you any more: you should read it - it's only a short story!

What book are you reading right now?
Black Box Thinking by Matthew Syed. It's a fascinating exploration of how we can all learn and advance from mistakes and draws on experiences from the likes of Sir James Dyson, forensic investigators, the aviation industry and Team Sky.

What book do you wish you had written?
The Harry Potter series. From an idea formed at a train station a whole new world was created. Truly inspirational and it shows you just what the human mind is capable of. It would also be nice to be a few quid behind JK Rowling...

What’s the greatest invention of all time?
I’ll go for the printing press. The ability to communicate information to the masses revolutionised access to knowledge and ideas, transforming both the way we look at the world and the way in which we interact with each other. However, whilst it has been used for a lot of good it has also been much abused as well.

Is there a sport that you wish you could play?
I would love to be a professional tennis player, though at present I'm a very average amateur so I have a long way to go. The intense level that the likes of Nadal, Federer and Murray play at is quite a sight to see. They are truly modern day gladiators.

Who inspires you in business?
My former senior partner Marilyn Stowe who took me on as a trainee solicitor in the late 90s. I learned from her about the importance of giving clients straightforward and direct advice but also the importance of running a law firm as a business. By the time she handed the reins over to my chief executive Charles Hartwell and myself in February this year, she had created a strong platform, including ten offices on which we will be building a significantly larger firm in the years to come. But some of the basic principles she taught me will always remain at our core.

Dress up, dress down or somewhere in between?
Out of the office definitely dress down. I prefer a summer wardrobe (shorts and t-shirts) and dress for the sun whenever possible.

Where do you go to relax?
Home. My wife and I lead such busy lives we sometimes find that whole days go by when it feels as though we only use our house to sleep in. So it makes a nice change just to sit on the sofa watching a good box set. At the moment I’m working my way through new seasons of House of Cards and Billions.

What country have you always wanted to visit?
I would like to drive across America and see all the different states from East to West and back again.

Besides your phone, what do you always have with you?
My wallet. I have two teenage daughters…

What’s the best part about your job?
Meeting lots of different people and helping them - at a very difficult time in their lives - to rebuild themselves for a better future.

What’s your favourite post-work tipple?
It depends on the kind of day I’ve had. A nice cold beer on a hot day, a glass of red or a Pimms in the summer. Obviously only on Fridays though.

Finally, what’s your guilty pleasure?
I have played the violin since I was four years old so I would like to think I am a very competent amateur. I play regularly in a local orchestra - it's a great way to unwind and to take my mind off work. With classical music, musical theatre and 90s rock bands you can imagine that my iTunes playlists are quite varied. 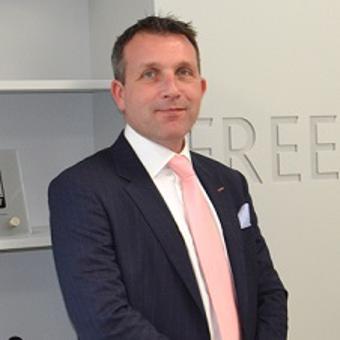 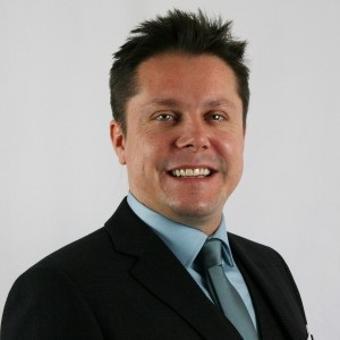 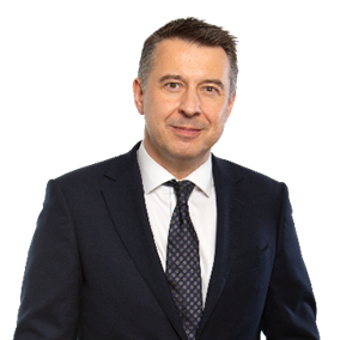