BPE has promoted Jo Bewley to head of property services, advising clients on both commercial and residential property matters.

Moorcrofts has appointed two new partners. Julia Ferguson joined the firm in 2016 and became head of the commercial property team in January 2019.  Tim Astley joined the IT and IP team in December 2015 and acts for a range of clients from start-ups to SME IT/telecoms providers to multinationals, particularly in cloud services, telecommunications, IT service provision, software licensing, intellectual property and data protection matters, as well as undertaking general commercial drafting and negotiation.

SA Law has appointed Claire Saffer, a planning specialist, as a member of the real estate team.

Coffin Mew has promoted Hannah Rowlatt to associate. Rowlatt qualified as a solicitor in 2016 after completing a bespoke Court of Protection training contract with the firm in Portsmouth.

Joe Taylor has qualified into the commercial property team at Warner Goodman in Portsmouth.

Two newly qualified solicitors have joined the team at Owen White Solicitors. Catherine Morris and Kelly Van Der Watt will be working with the franchising and corporate and commercial teams.

Paul Drench has been promoted to partner at Field Seymour Parkes.

Amanda Mehlin has been appointed managing partner of CWJ.

Barker Son & Isherwood has promoted of Zoë McManus to partner.

Stowe Family Law LLP has appointed Laura Webster as a solicitor in the St Albans office.

Clifton Ingram has appointed Tatiana Haigh as a legal executive in its dispute resolution department.

Helen Maddison-White has joined Thomson Snell & Passmore as an associate in the probate team.

Freddie Jackson, a property dispute specialist at Cripps LLP, has been made chairman of Women in Property’s South- East branch for 2019.

Warner Goodman has welcomed newly qualified solicitor Joe Taylor to its commercial property team in Portsmouth on the successful completion of his training contract.

Boyes Turner has appointed Stephanie Brown as an associate in the development and house building team.

TWM Solicitors has appointed partner Simon Brew as a partner in its dispute resolution team.

Brachers Solicitors has welcomed partner Alex Cosgrove to its corporate and commercial team.

Irwin Mitchell Private Wealth has recruited a new associate to its residential property team in Chichester. Diane Nicholls returns to the firm where she previously worked following its merger with Thomas Eggar.

Experienced conveyancing lawyer, Caroline Chandler, has re-joined the property team at Bonallack & Bishop Solicitors based in the Fordingbridge office.

Kayleigh Chapman has joined the planning & environmental law team at Blandy & Blandy as a solicitor, having completed her training contract at the firm.

Gardner Leader has appointed solicitor Shipla Khanum to its corporate and commercial team. Khanum qualified in 2016 after training at Meade King in Bristol.

Cooper Burnett has appointed Glen Webb as an associate solicitor in the residential property team.

Taylor Rose TTKW has announced the appointment of two partners in the South East: John Appleton and Malina Gupta.

Rix and Kay has announced the appointment of family and divorce lawyer Janet Raeburn who joins as partner and will be based in the firm’s family team in Uckfield.

Slough firm Owen White has announced that Jane Masih will succeed Richard Keen as managing director of the firm on his retirement.

Abigail Maino has joined the employment group at DMH Stallard in Guildford from asb law.

Barlow Robbins has announced the appointment of Charlotte Brackley as a senior associate in the residential property team.

Blandy & Blandy has promoted Gemma Kemp to associate solicitor in the family team.

Loureen Palmer has joined Whitehead Monckton as a senior solicitor in the employment team based in Maidstone.

Sara-Jayne Fildes, a senior solicitor with 20 years’ experience in all aspects of family law, has joined Verisona Law.

Birkett Long has announced the appointment of Victoria Gratton as a solicitor in the Court of Protection & inheritance disputes team.

Duncan Lewis has announced that director of public law and immigration, Trevor Hatton, has been appointed as a fee-paid judge at the First-tier Tribunal of the Immigration and Asylum Chamber.

Bromley firm Judge & Priestley has announced the appointment of Kelly Sharman as a partner and head of family law.

Furley Page has appointed Rayma Collins as a new partner to head its family law team.

Womble Bond Dickinson has appointed Stephen Anderson as a legal director in the firm’s commercial team in Southampton.

Gateley plc has made a number of recent appointments in its Reading office. They include legal directors Andrew Annette in the residential development team, Vanessa Gardiner in the family team and Mary-Ann Orr in commerce, technology and media.

Katie Gibson-Green, a member of the agriculture & estates team at Birkett Long, has been promoted to associate.

Gardner Leader has welcomed newly qualified Amy Wilson Weymouth to its family team on the successful completion of her training contract with the firm.

Cripps LLP has announced the appointment of Dominic Filleul as a partner in its real estate team.

Cooper Burnett has promoted Gemma Gillespie, head of the firm’s family and matrimonial department, to partner.

Veale Wasbrough Vizards has made a number of partner promotions, including Madeleine Wakeley and Samantha Chaney in the Watford office.

Lester Aldridge has expanded its personal injury team with the appointment of clinical negligence and community care specialist Paula Barnes as a partner.

Ellisons has appointed Catherine Abbott as a new partner in its commercial property team in Colchester.

Downs Solicitors has appointed David Seals as its new head of employment.

Fisher Jones Greenwood LLP has promoted Leon Pascal to associate in the commercial property department based in the Chelmsford office.

Nicola O’Dwyer has been promoted to senior associate at Downs Solicitors.

Dutton Gregory has appointed Nicky Marsh as an associate solicitor in the residential property team based in the Southampton office.

Holmes & Hills has appointed Natasha Narad as a solicitor in the commercial property team.

Cripps LLP and Pemberton Greenish have confirmed the completion of their merger. Headquartered in Kent, the newly merged firm has offices in Tunbridge Wells, Kings Hill, the City (Cannon Green) and Chelsea. Gavin Tyler and Clare Hyland remain at the helm as managing partner and senior partner respectively, with Kerry Glanville (senior partner at Pemberton Greenish) heading the firm’s Chelsea office.

Thomson Snell & Passmore has announced that Simon Mitchell has joined the firm as a partner.

Morrisons Solicitors has announced that it has acquired Oxted based firm Harrops & Hepburn Solicitors.

Ellisons Solicitors has opened a third office in Colchester in The Bath House building which is located on the former Le Cateau Barracks site. Leading the Bath House team will be Robert Jones, partner and head of insurance litigation.

Irwin Mitchell has appointed Dipal Patel as an associate in the family law team.

Gateley has appointed Mary-Ann Orr as a legal director in its Reading office.

Will King has qualified into the corporate team at Furley Page.

Novum Law has promoted Lynn Yeates and Peter Hilditch to directors and members of the senior management team. They are based in the Southampton office.

Birkett Long has appointed Perdeep Grewal as a solicitor in its Chelmsford office. 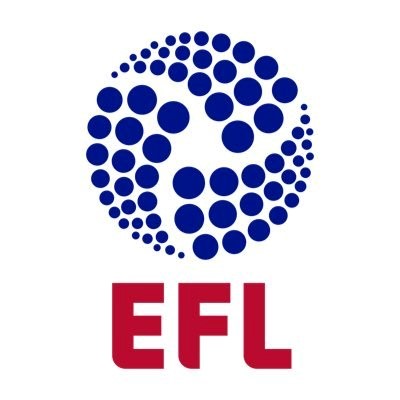