I’m pleased to report that the North West legal marketplace is booming. The last financial year will be heralded as a year of growth, evolution and a changing legal landscape with the emergence of north shoring, new entrants and a candidate shortage – all of which have been fuelled by increasing work levels. The provision of legal services by high street firms continues to evolve as firms recognise the need to adapt, drive efficiencies and differentiate themselves through a consumer focused service.

As a business, we often look to the newly qualified market as an indicator; this year we have seen record breaking retention rates coupled with a huge number of external vacancies - especially within transactional disciplines. The majority of stories are positive with firms of all shapes and sizes looking to grow and take advantage of increased confidence thanks in most part to a growing economy. It’s not all rosy though; crime firms face challenging times in the wake of the tender of duty provider crime contracts; perhaps with change will come opportunity?

A survey by polling organisation YouGov has found that Manchester should be the UK's second capital city. That’s probably not a surprise to many people but it’s just more evidence that the future of the North West legal scene looks very bright.

There can be no doubt 2014-2015 was the year of the property lawyer. Increasing house prices, house sales up by a reported 15% in the region, massive investment in infrastructure projects and a skills shortage due to the recession years all lead to a huge demand for talented property lawyers. If we look at the figures, The Chamber of Commerce recently released its construction analysis report. The report covered construction projects in Cheshire, Cumbria, Greater Manchester, Lancashire and Merseyside (See more at: http://www.gmchamber.co.uk/stories/chamber-launches-construction-pipeline-analysis-for-the-north-west#sthash.ykDMQzUr.dpuf). It showed the planning system has a total of £114.3bn of North West construction projects in the pipeline with £69.78bn cited as having a ‘high certainty of delivery’. This type of investment leads to a huge amount of work being absorbed into the region’s law firms and by inference a massive need for lawyers to transact the work.

In addition to the demand for commercial property lawyers, of the £8.97bn worth of projects in Greater Manchester, £2.67bn are housing projects. This is in addition to the investment Manchester has already made in the Metrolink which many think is playing a major role in booming house prices in certain key locations (known locally as the ‘Metrolink Effect’).

All of this is further driving the demand for residential conveyancers, plot sales executives and residential development specialists, all of whom are already in short supply due to increasing house prices and sales. Job vacancies are being taken from firms across the spectrum; smaller firms dealing with less volume driven work and large conveyancing firms such as My Home Move which having been established in 2001 is now the UK’s leading provider of conveyancing services. There really is something to suit everyone and those looking for new opportunities will be sure to have a range of options to choose between.

My prediction for the property market is simple: demand will continue to outstrip supply which will lead to increasing salaries across the board. Also, opportunities to re-train will become more prevalent as firms look at ways to develop an internal talent pool.

Opportunities within commercial litigation have slightly increased in the last 12 months which follows two very quiet previous years. Certainly nothing like the sharp upward spike seen within property, but the ever increasing number of transactions will surely start to spark demand as the inevitable dispute work begins to filter through. Where we have seen a real notable increase are opportunities within niche litigation areas spinning off from the increased property work. Construction and property litigation vacancies have dramatically risen in number from previous years and those looking to develop a more niche skill set have some excellent options available to them.

All in all, those approaching qualification with their heart set on contentious work were not disappointed and we did see internal and external vacancies. We are also starting to see a flurry of new instructions and all the signs suggest that the number of available positions will really ramp up as we reach the start of next year.

Many predicted that the recession, the Legal Services Act heightening competition from ABSs, increased regulation and the changes to the legal aid contracts would all but spell the end of the high street firm. Thankfully (for those who admire a diverse legal market) it just hasn’t happened that way. There have admittedly been casualties along the way, and sadly I suspect there will continue to be more as firms rationalise, restructure and focus their service delivery. However, many would argue that the mid-market suffered at least as much.

Many high street firms have changed and adapted to market conditions. The emergence of QualitySolicitors, set up to amalgamate a network of small firms under one ‘brand’, is real testament to that. Within the North West market we still see regional firms with a commitment to maintaining a physical presence on the high street; SAS Daniels and Poole Alcock are two such examples that are doing well and we have received a record number of new instructions within private client disciplines, most coming from high street firms which are experiencing increasing workloads. Perhaps consumers enjoy having a ‘family solicitor’ as opposed to the arguably more ‘faceless’ service delivered by some of the larger players.

I remain optimistic but there are undoubtedly still challenges to face. Just this month there were reports in the legal press on how the new criteria adopted by mortgage lenders to control the membership of their conveyancing panels is heaping more pressure on high street firms. Several lenders link membership to the number of purchase completions, which poses an immediate problem for the smaller firms and many would argue that it is not always indicative of quality. We know that residential conveyancing has a long been a key part of the services offered by the high street and I’m confident a solution will be found. This was mirrored by Jonathan Smithers - president of the Law Society – who said: “We would urge lenders to look at qualitative indicators”. I for one hope they do.

The criminal legal aid market is undergoing a radical reshaping which will undoubtedly have a profound impact on the delivery of legal advice. In June, the Ministry of Justice (MOJ) announced its decision to proceed with the second legal aid cut of 8.75%. As we await the announcement of the duty provider crime contract tender many fear that when the changes bite there will be casualties within crime firms but also a more fundamental impact on access to justice. So, given all of this, it is no surprise that the market has remained gloomily stagnant. Firms recognise the need to embrace the impact head on and focus on diversifying into areas which are not funded by the legal aid system - regulatory, inquest and prosecutions work - to increase profitability but, of course, only time will tell whether firms have been able to adapt with the necessary speed.

As the tenders are announced (at the time of going to print they may have already been…) there may well be opportunities for criminal duty solicitors to join the firms awarded the contracts. On what terms - and how this will look - is anyone’s guess, but most would predict a turbulent 12 months ahead as the market realigns itself.

It is undeniable that the employment law market in the region has undergone a significant evolution in the last three years. If we go back to 2012 and 2013, tribunal claims hit an all time low, which by inference created a stagnant if not contracting market for employment services.

According to the latest statistics in September 2015 from Her Majesty’s Courts & Tribunals Service, the number of cases accepted in the period from April to June 2015 was up 30% on the same period last year. Although this is substantially lower than the peak of claims seen at the end of 2102/2013, this upturn does indicate an increasing amount of contentious activity which will filter through to our legal teams. During a recent discussion with the head of a top tier national firm, it was commented that they were still being instructed regularly on the higher value tribunal claims for which there will always be a need for expert advice and representation.

There is no doubt, however, that competition has increased following the emergence of the HR and employment consultancy model; firms are offering retained employment solutions to their clients which in turn ensures certainty of cost. This allows businesses to budget effectively on an annual basis for their employment services and they can, to an extent, protect themselves against falling foul of employment legislation. Arguably utilising this service of one retained firm incentivises that firm to invest in understanding the client’s business model and commercial objectives. A win-win all round, you would think.

To sum up, I think that the general message is ‘cautious optimism’. Employment departments appear to have ridden the storm and emerged on the other side having effectively adapted to the challenges that the market presented. 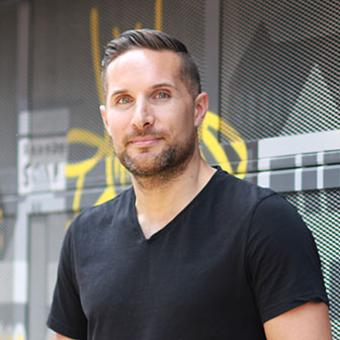 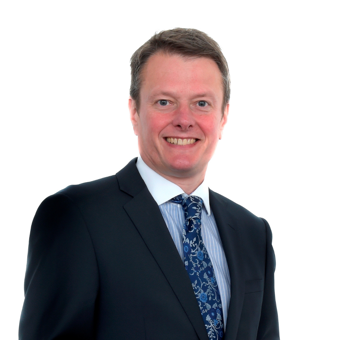 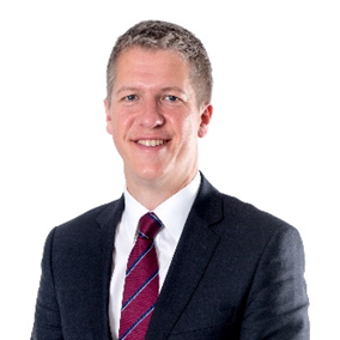 James Cook, partner and head of planning at Leeds-headquartered Blacks Solicitors, shares his thoughts on how recent planning changes will impact on our towns and cities as we begin to ease out of lockdown and move to a post-Covid world.